ART AND DESIGN AS SEEN ON TV Netflix Arts 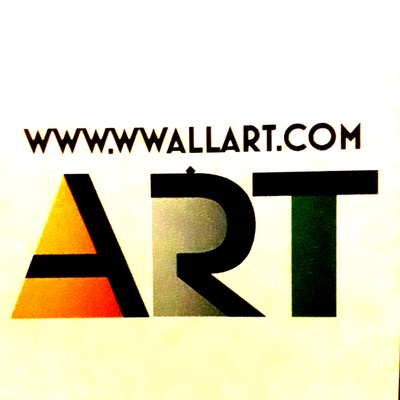 In addition to our exhibitions we are always delighted to welcome guests by appointment to our studio in St Leonard's on Sea.  There's no obligation to buy.

Visiting our studio is by appointment only, and is on most Tuesdays or Fridays afternoons.

Welcome to the digital home of Keith Waller.

Resident Artist at The Arts Trust

Keith Waller is an artist and designer with an unusual take on life that is reflected in his art, his career has been extraordinarily varied and anybody would be hard-pressed not to call him eclectic. He is probably best known for his creation of the Tesco logo and for his cartoons and abstract art. He was a cartoonist for OZ magazine and contributor to The Tate Modern, Liverpool, Consumer Culture exhibition with Andy Warhol and Claes Oldenburg. He became well known for his creation of short catchphrases for advertising such as “I never go anywhere without one” for Barclaycard, and ….. these later evolve into his well known Haiku lines on social media.

My grandfathers house in South London was bombed during the blitz in The Second World War.

By the time I was born in the 1950,s we had benefited from the widespread government rebuilding subsidies after the war. My grandfather and father built two new homes near Dartford where I was born.

With their increasing affluence in the 1950s and 1960s boom we moved to country homes in Berkshire and Dorset and that is the beginning of the story.

The 1960s were kind to my generation bringing wealth, activity, and health with the hope of improving the world. Along with this we created a huge increase in consumer spending and new popular culture and the defining movement in Modern Art “Pop Art”. Beatlemania and The Vietnam War had become the backdrop to my …... upbringing.

My first art exhibit was in 1975, Hyde Park Railings, London, where I had a street traders license to sell my paintings. I trained as a printer, we produced millions of prints for advertising and food in the Pop Art idiom. I co-designed the Tesco logo, drawing the blue waves underneath the typography, on a Dorset beach. Art, print and society had been very lucky to me  “ Work hard and be lucky, ….”

My father was a fan of Rene Magritte, the Surrealist painter, and Hieronymus Bosch. Mother was a fan of no-one but a believer in Germaine Greer and the 1960s counter culture. Together they gave me a love of pop culture and mysterious pictures, and my own art of abstract landscapes.

As Jane Fonda said “ I like being over the hill because there's a whole new landscape.

It takes a long time to become young.”

Keith Waller has an honours degree in art and design from The University of Brighton, and has worked as a fine artist for 45 years. His work has been extensively exhibited including The Tate Modern, Liverpool and Schirn Kunsthalle, Frankfurt.

Sign up to hear from us about specials, sales, and events. abstract art

Better yet, see us in person!

We love our customers, so feel free to visit during normal business hours.

Funding by The Crafts Council.

A Member of The Artists Union.